I was watching the movie 'Made of Honor' on television, and you will never guess who made a cameo... Aleene's Clear Tacky Gel Glue! This made me so excited since Aleene's is one of the amazing brands that the company I work for, iLoveToCreate, is responsible for! It was featured on 'DVD on TV,' (on the FX channel) which is a show that you probably have seen. A quick run-down is, during breaks from the movie the hosts talk about the behind the scenes of what it was like making the movie and things of that nature. While they were showing 'Made of Honor,' they had a segment about hosting the best bachelorette party ever. A create-your-own favor table was shown - which is basically the next wave in the 'candy bar' favor making trend that has been going on for some time now. There were various candies on the table that partygoers could choose from for their favor bag, but there were also grown-up crafts that everyone could participate in. Like, glamming up a pair of basic sunglasses or supersizing the dazzle factor on tiaras. Featured as the adhesive of choice -- Aleene's Clear Gel Tacky Glue!

I was so thrilled, I paused the television and had to snap some photos to share with you! 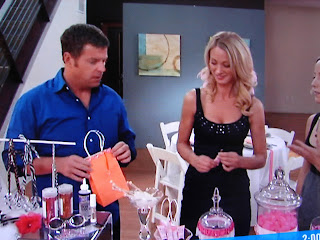 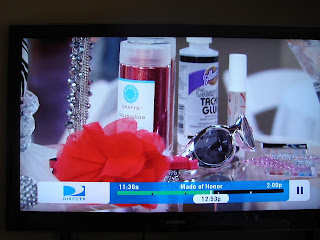 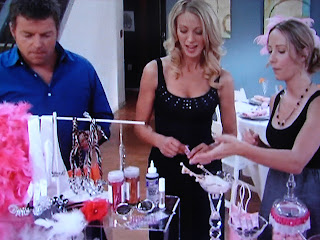 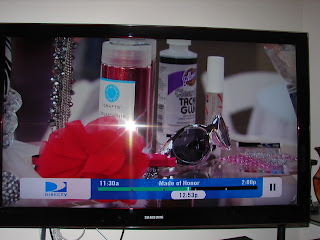 How fun is that?! I was very impressed! Of course, I know how amazing our products are, but to see it out there being recognized like that - Wow!
Posted by ~the glam girls! at 9:57 PM 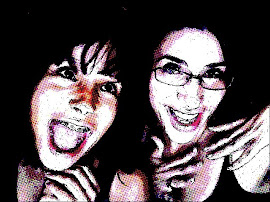 ~the glam girls!
We are a mother-daughter crafting duo who loves all things creative! From sewing, painting, paper crafting, repurposing... we do it all! Stick around to see what crazy projects we com up with next that will hopefully help to inspire you to be your craftiest!!

We Did It! Wednesday